We Can Be Heroes by Kathryn Gallagher | October 13th – 27th 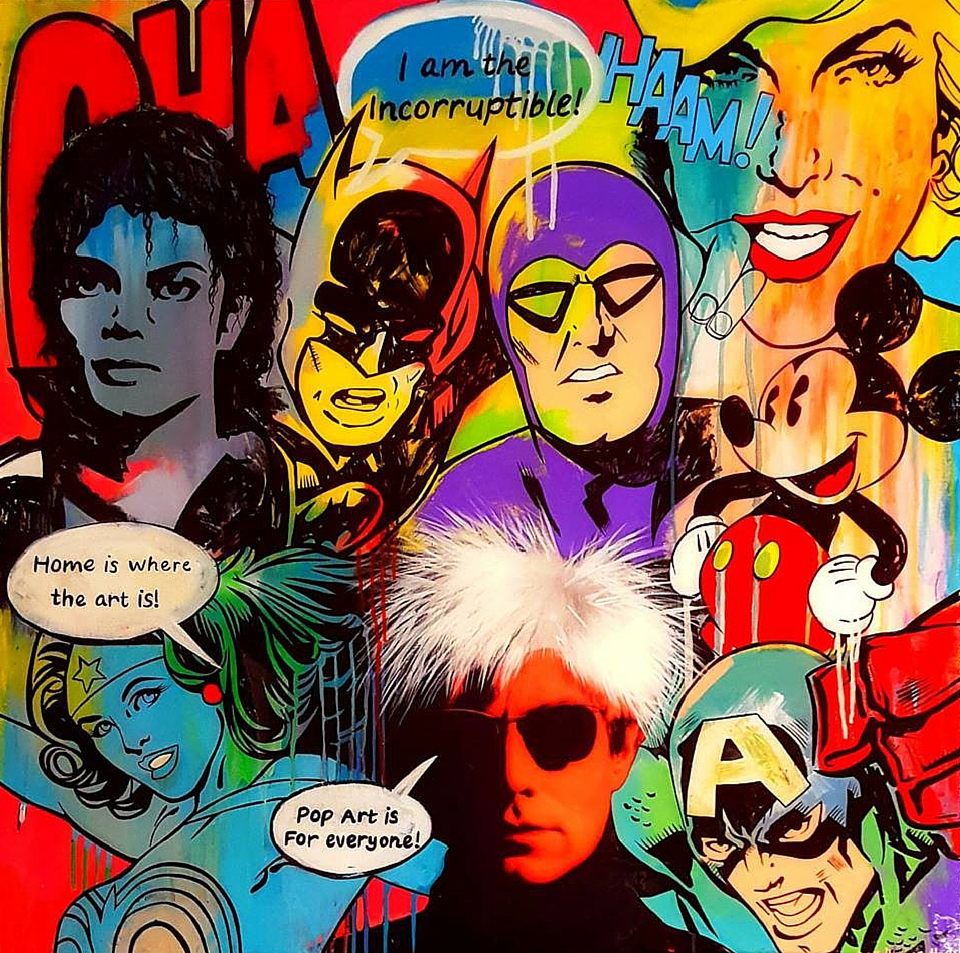 Posted at 03:29h in exhibitions, Past Exhibitions, What's on by Kathrin 0 Comments
0 Likes 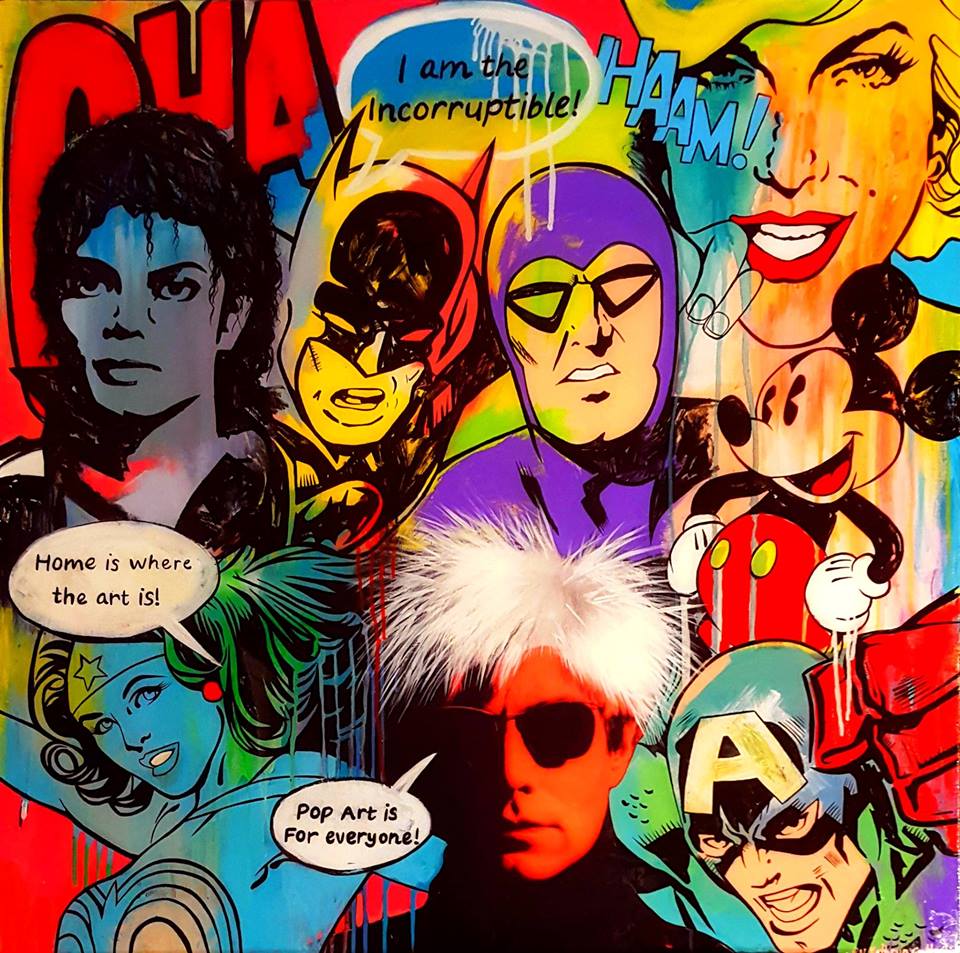 “We Could Be Hero’s”

I have always had a strong love and admiration for superheroes as far back as
I can remember. To me they represent the supreme beings that live within us
all. They are characters who possess powers in which we could only dream of
having, but more importantly rather than using those abilities for selfish means
they choose to use them for the greater good. Sharing what gifts they have been
blessed with to help others in need. Additionally they are modest characters who
don’t desire adulation, but would rather mask their true identities in favor of
becoming a symbol of hope.
With this body of work I aimed to give people some sort of escapism no matter
what the demographic, from a child right through to adulthood. If you’re a
painter you paint; if you’re a sculptor, you sculpt; if you’re a writer, you write; if
you’re a songwriter, you give songs; if you’re a dancer, you give dance. It’s an
important thing to want to touch the heart I choose to do it through the love and
joy and the simplicity of art.

Her dynamic paintings are complex mash-ups of popular culture that savagely critique our media and advertising obsessed society, while still appealing to the child within.